Located in the Karoo, just under 2.5 hours from Cape Town 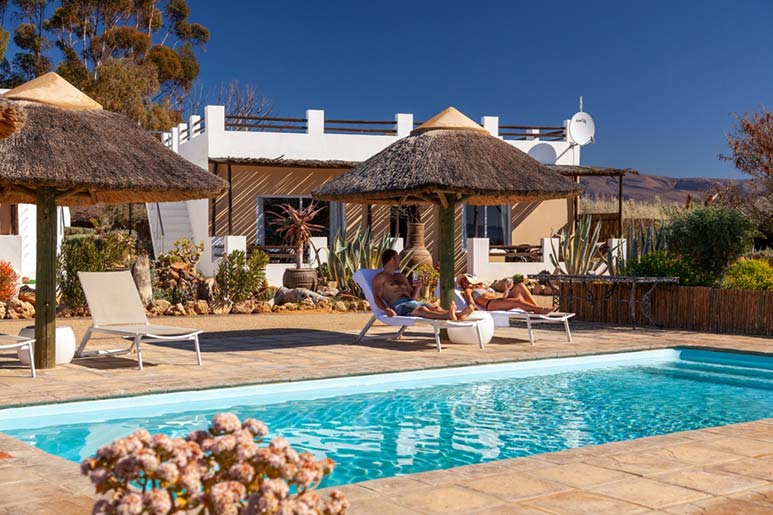 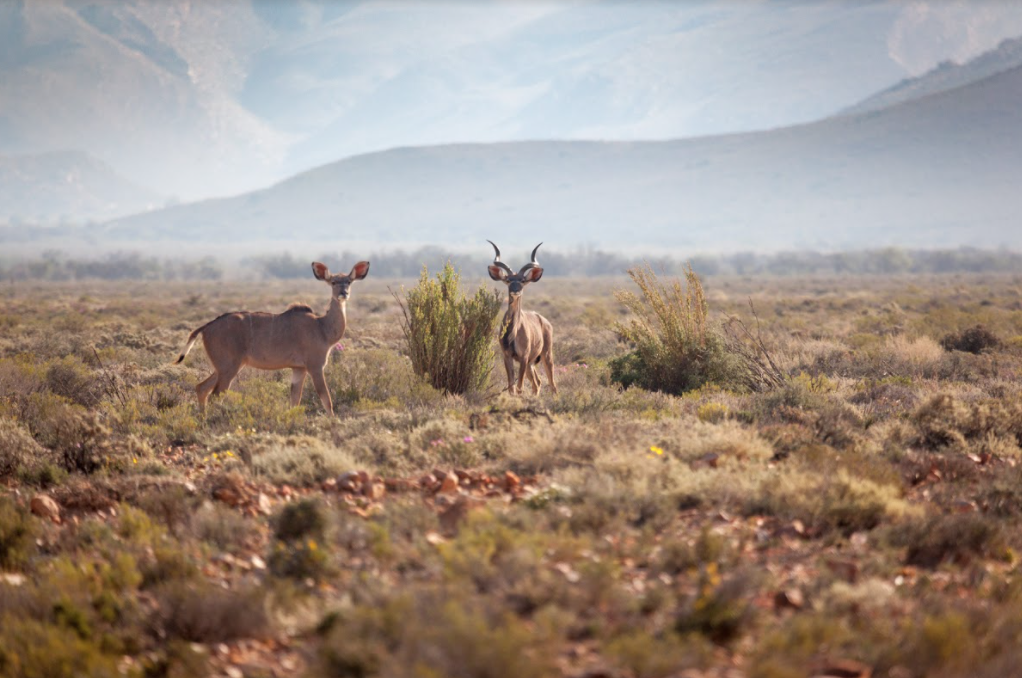 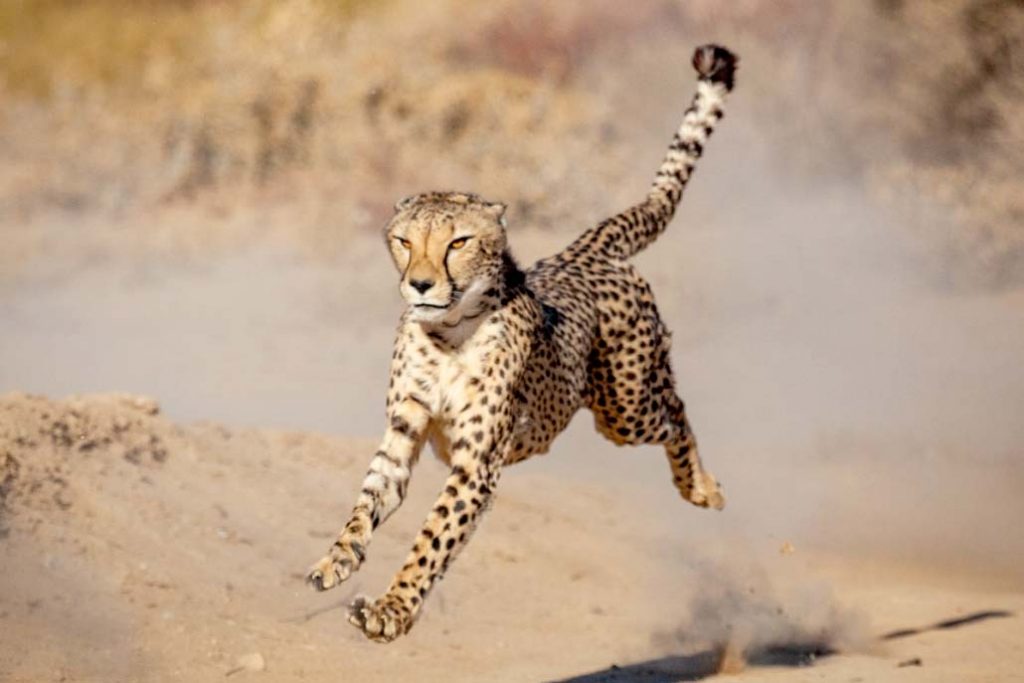 Inverdoorn Big 5 Private Game Reserve is just under 2.5 hours’ drive from Cape Town, in the malaria-free Ceres Karoo. The reserve is also home to a successful cheetah conservation project and has made a significant contribution to sustaining the biodiversity of the region.

The 10 000 hectare private game reserve offers luxurious Big 5 safaris for overnight guests. All members of the Big 5 – the elephant, lion, rhino, buffalo and the elusive leopard – are represented at Inverdoorn. The wildlife is thriving and during your safari you may come across herds of eland, gemsbok and zebra, or hippos wallowing in the dam. The rhinos are a distinct highlight at Inverdoorn.

In 2012 Inverdoorn became a luxury Big five safari destination, after the introduction of elephants onto the reserve, accompanying the lion, rhino, African buffalo and the elusive leopard. The cheetah rescue and rehabilitation centre was founded in 2001 and is home to a great number cheetah.

Together with a profusion of wildlife which includes zebras, hippos, giraffes, wildebeest and springbok, our guests are sure to have an unforgettable safari experience.

In 2012 Inverdoorn became a luxury Big five safari destination, after the introduction of elephants onto the reserve, accompanying the lion, rhino, African buffalo, and the elusive leopard. The Cheetah Rescue and Rehabilitation Centre was founded in 2001 and is home to a great number of cheetahs. Together with a profusion of wildlife which includes zebras, hippos, giraffes, wildebeest, and springbok, guests are sure to have an unforgettable safari experience.

Our vision is to play a key role in global cheetah conservation to ensure the survival and sustainability of the species in the wild.

The Inverdoorn Cheetah Conservation programme is based at the Inverdoorn Private Game Reserve – two and a half hours drive from Cape Town. The project was founded in 2001 and have since become a core function within Inverdoorn’s Big 5 safari tourism operation – allowing guest interaction with the animals throughout the safari experience.

Inverdoorn is an upmarket Big 5 safari reserve in the Tankwa Karoo – near Sutherland. The lodge sits on a the vast expanse of 10 000 hectare flat Karoo veld. The reserve has built a solid tourism reputation locally and internally and the original cheetah rehabilitation programme has become synonymous with its business model.

The programme was originally positioned to rehabilitate and connect with cheetahs. Since inception, the programme released seven cheetahs – two of which have been released onto the main Inverdoorn game reserve. Their independent living unfortunately made them kill considerable amounts of wildlife indiscriminately. These individuals died at Inverdoorn due to old age.

Since August 2018, The Aquila Collection has taken over the ownership of Inverdoorn Private game Reserve with very little background information on the programme, together with little facts of the success of these cheetahs. Searl Derman, owner of The Aquila Collection – immediately announced an investigation into the programme – together with NO animal interaction policy updates, effective immediately.

under the Karoo stars

Seeing the warmth rise off a herd of buffalo, silhouetted in the glow of a bright Karoo sunrise, or a stealthy cheetah enjoying an early-evening run, is but a small part of the safari experience you can expect from an overnight stay (or more) at Inverdoorn Private Game Reserve. 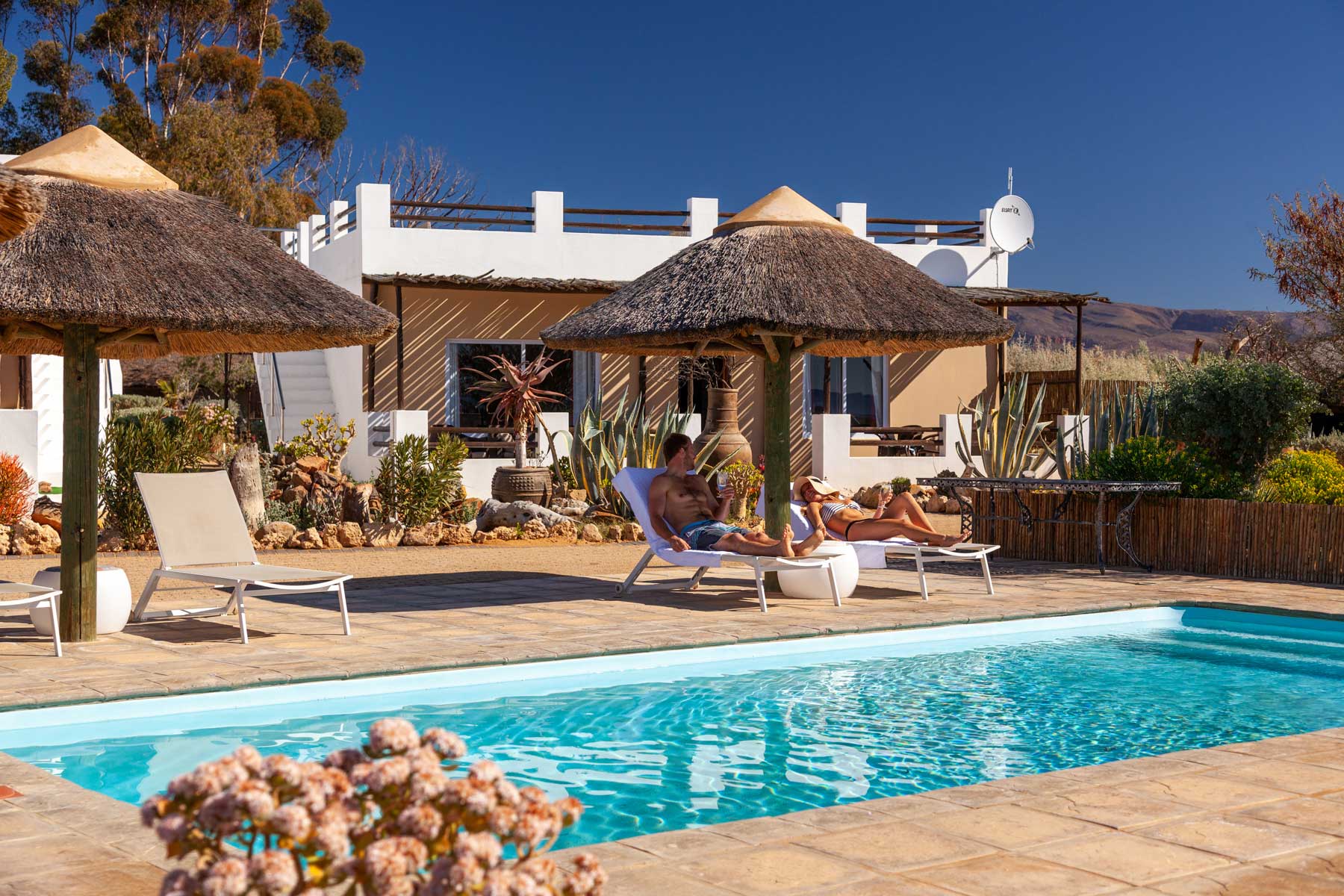 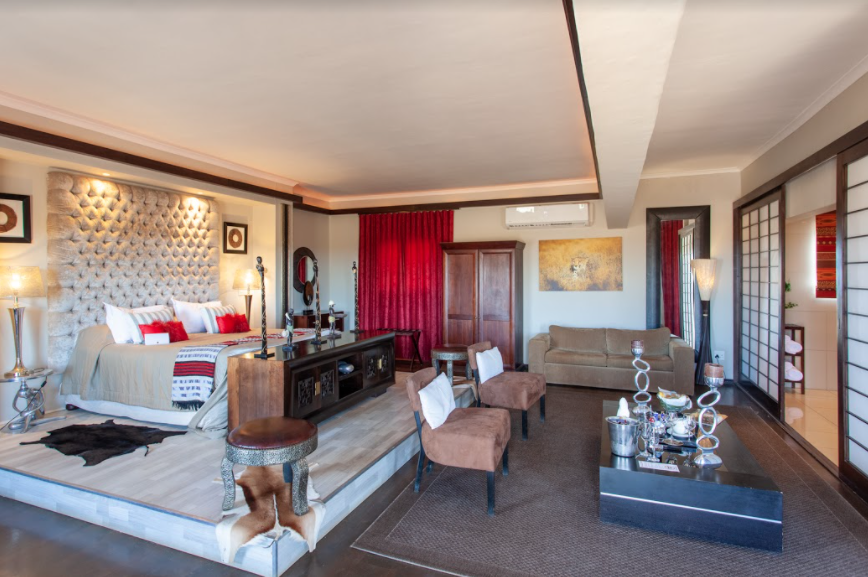 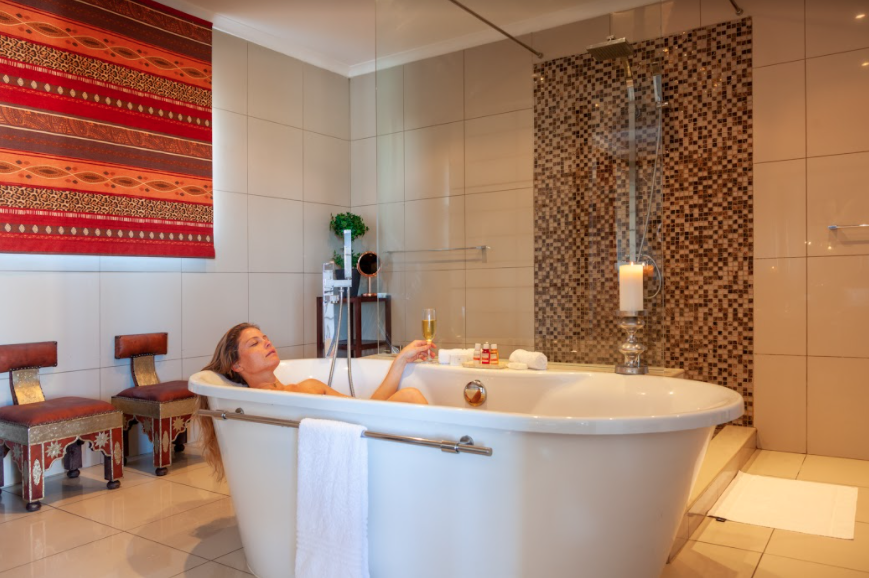 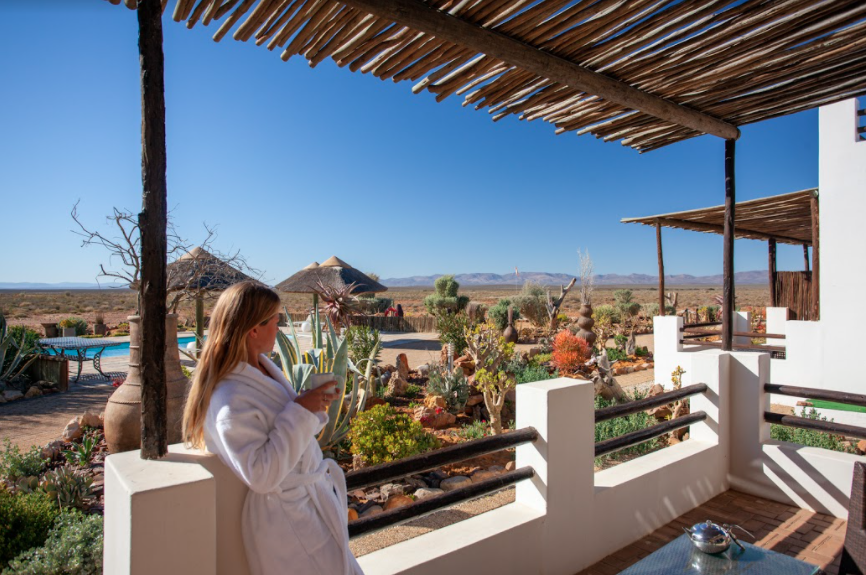 Ideal for a romantic couples safari stay! The Suite is the jewel in the crown of Inverdoorn and is a free-standing unit with its own private rooftop terrace. No expense was spared on the interior with a truly magnificent king size bed as the focal point. 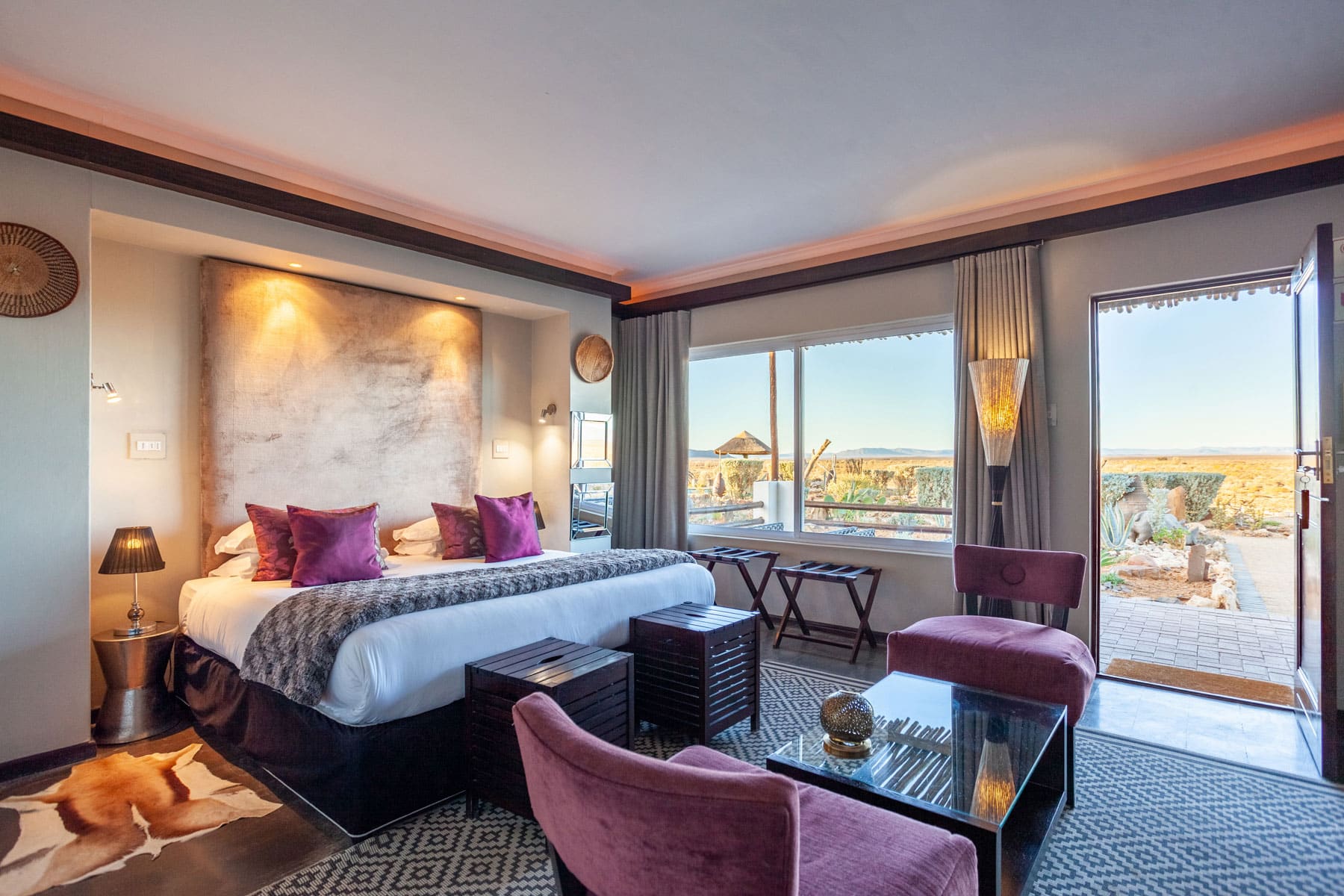 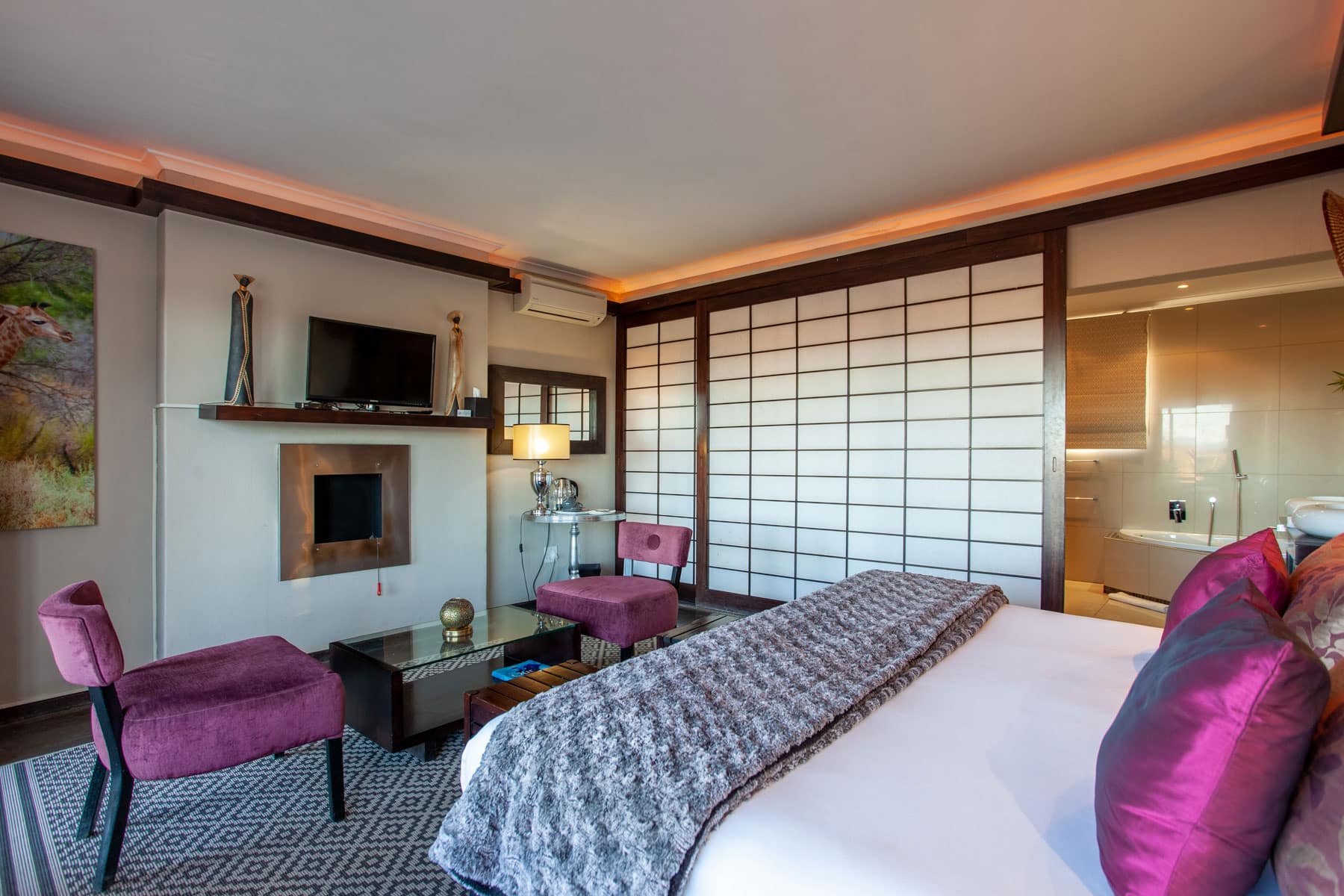 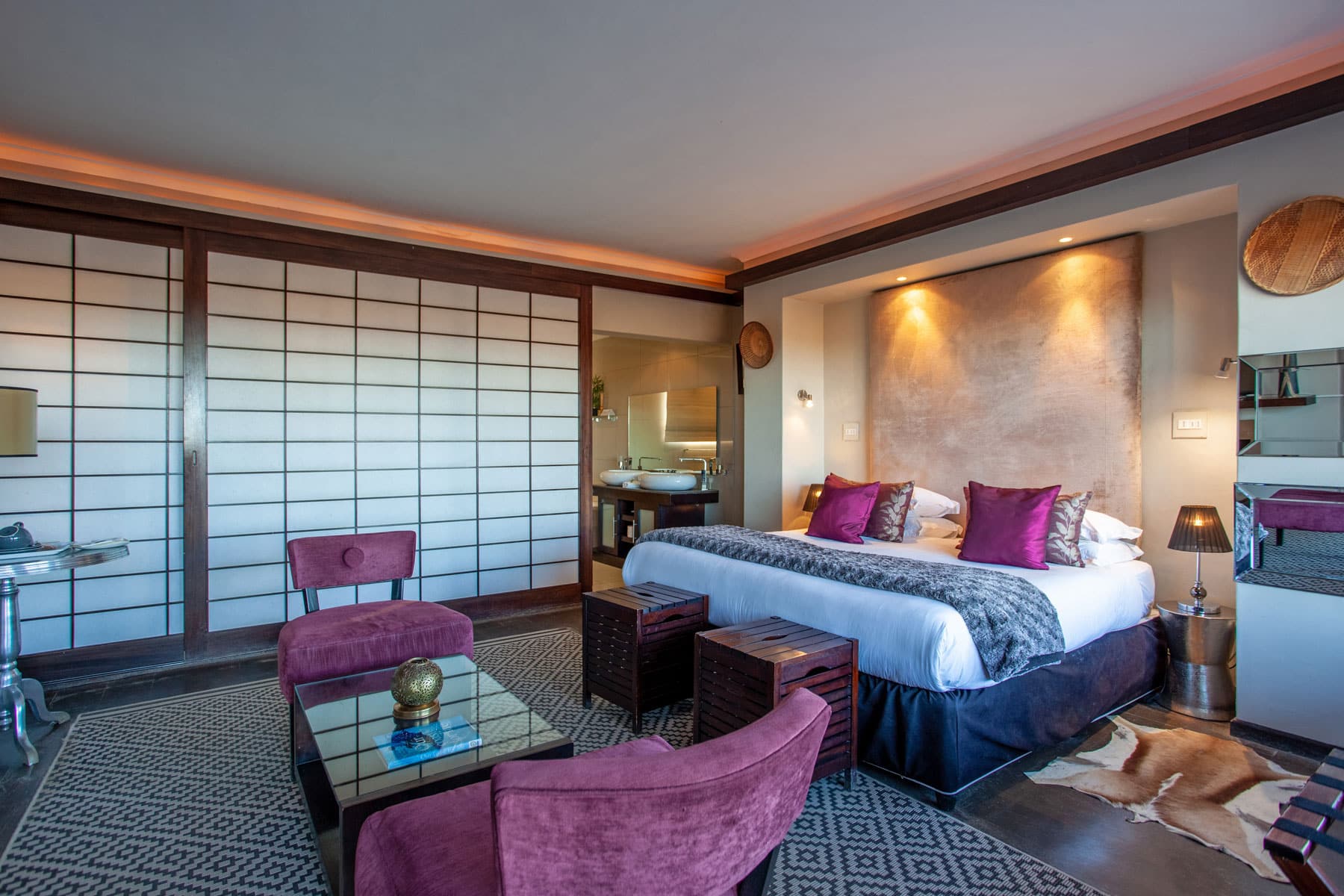 Each room is uniquely decorated and makes you feel welcome in the ceres Karoo with wide open windows overlooking the private pool and vast expanse of the reserve. Your safari consultant will advise on the room options based on your requirements. 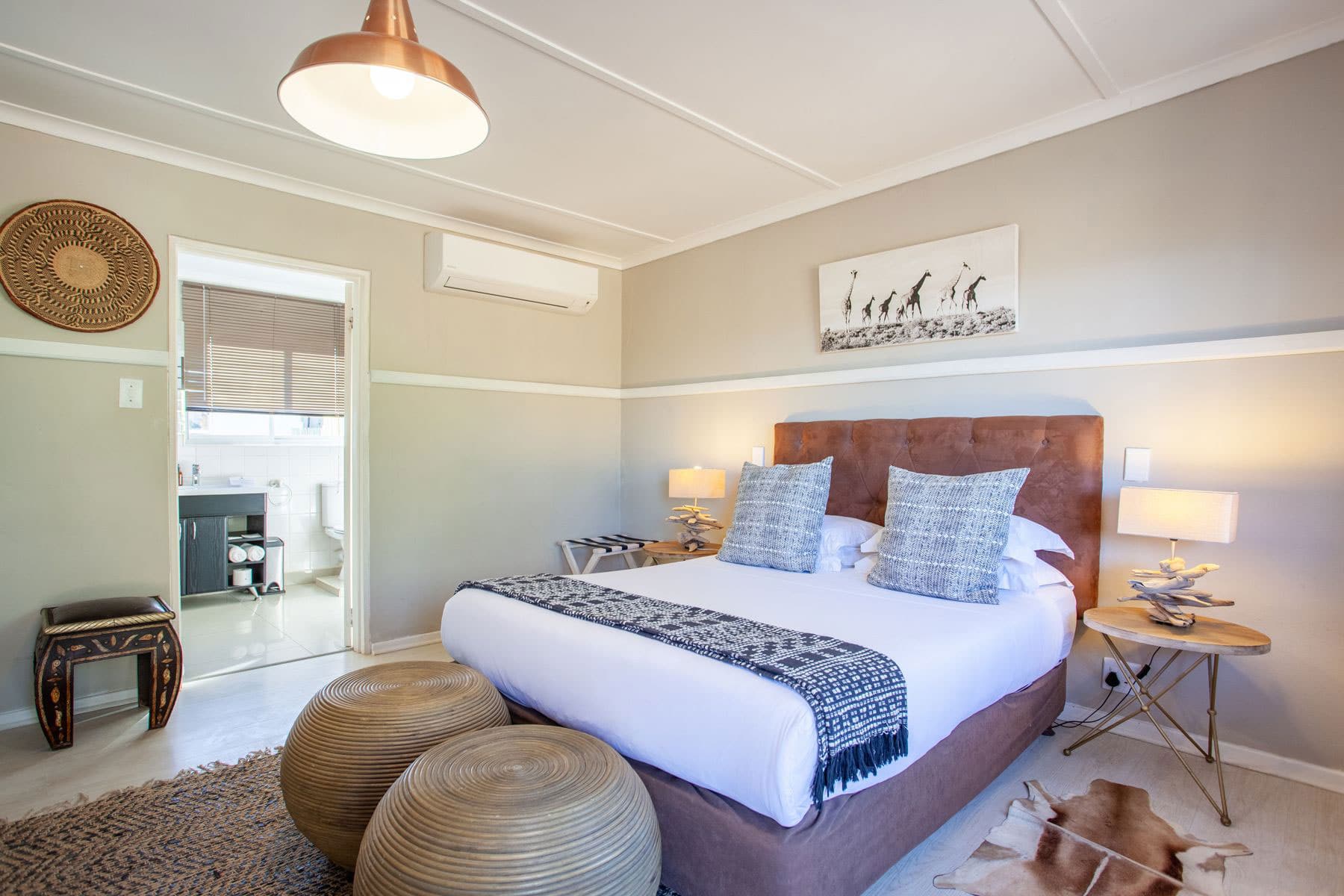 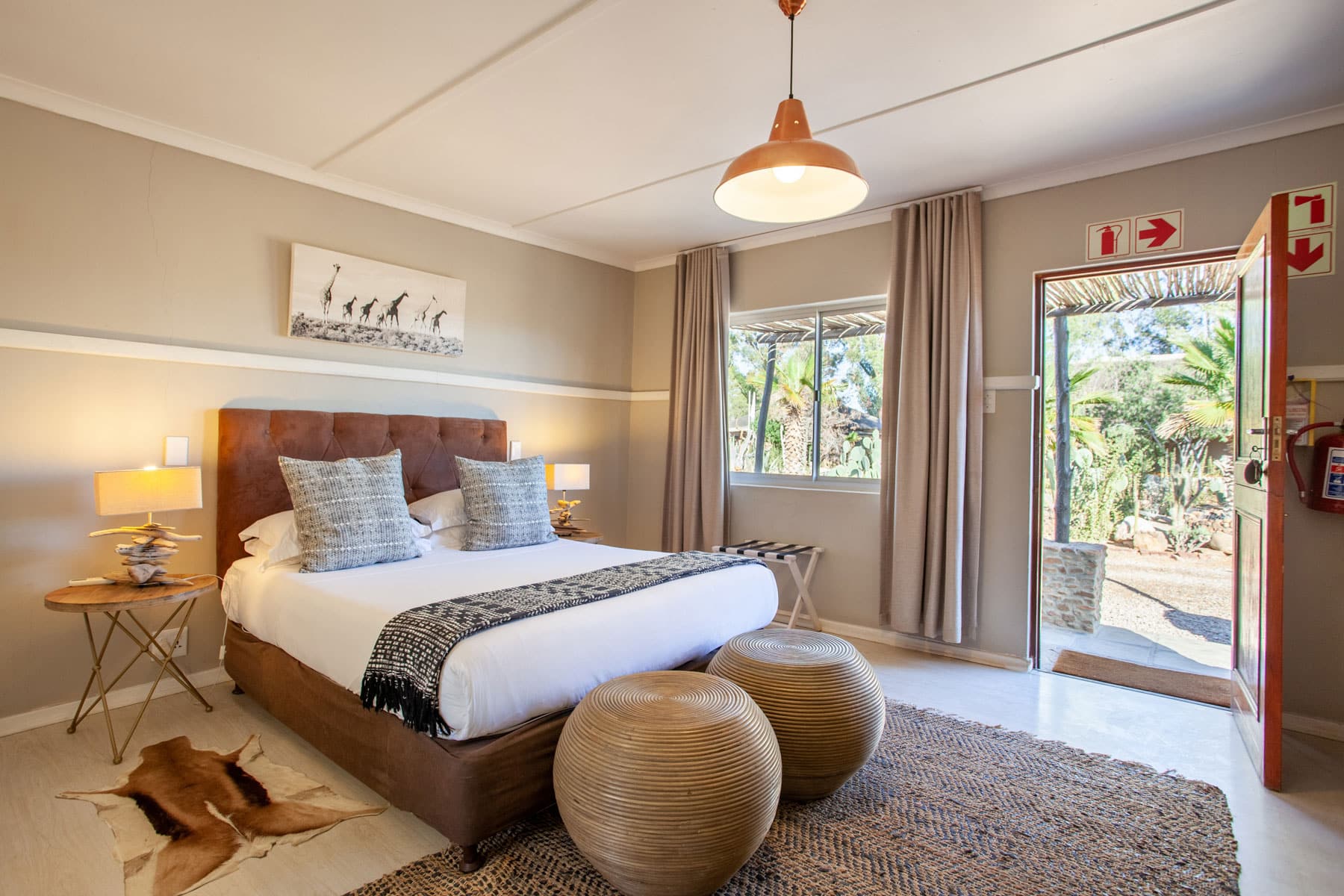 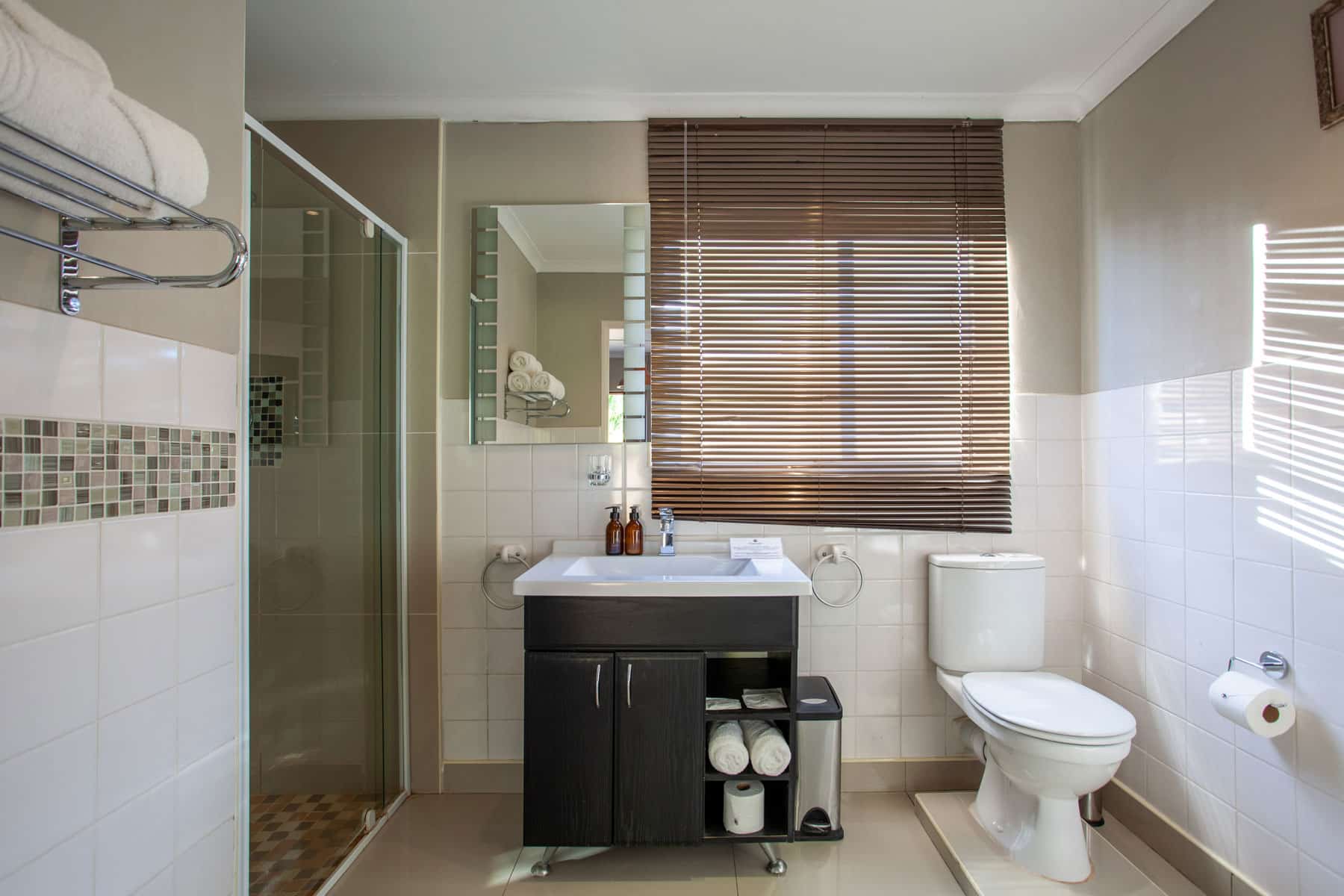 The Tankwa chalets can sleep up to two people and can accommodate singles sharing. They are all shower en-suite and hosts a beautiful veranda overlooking the succulent garden. Your safari consultant will make the best possible room selection based on your requirements. 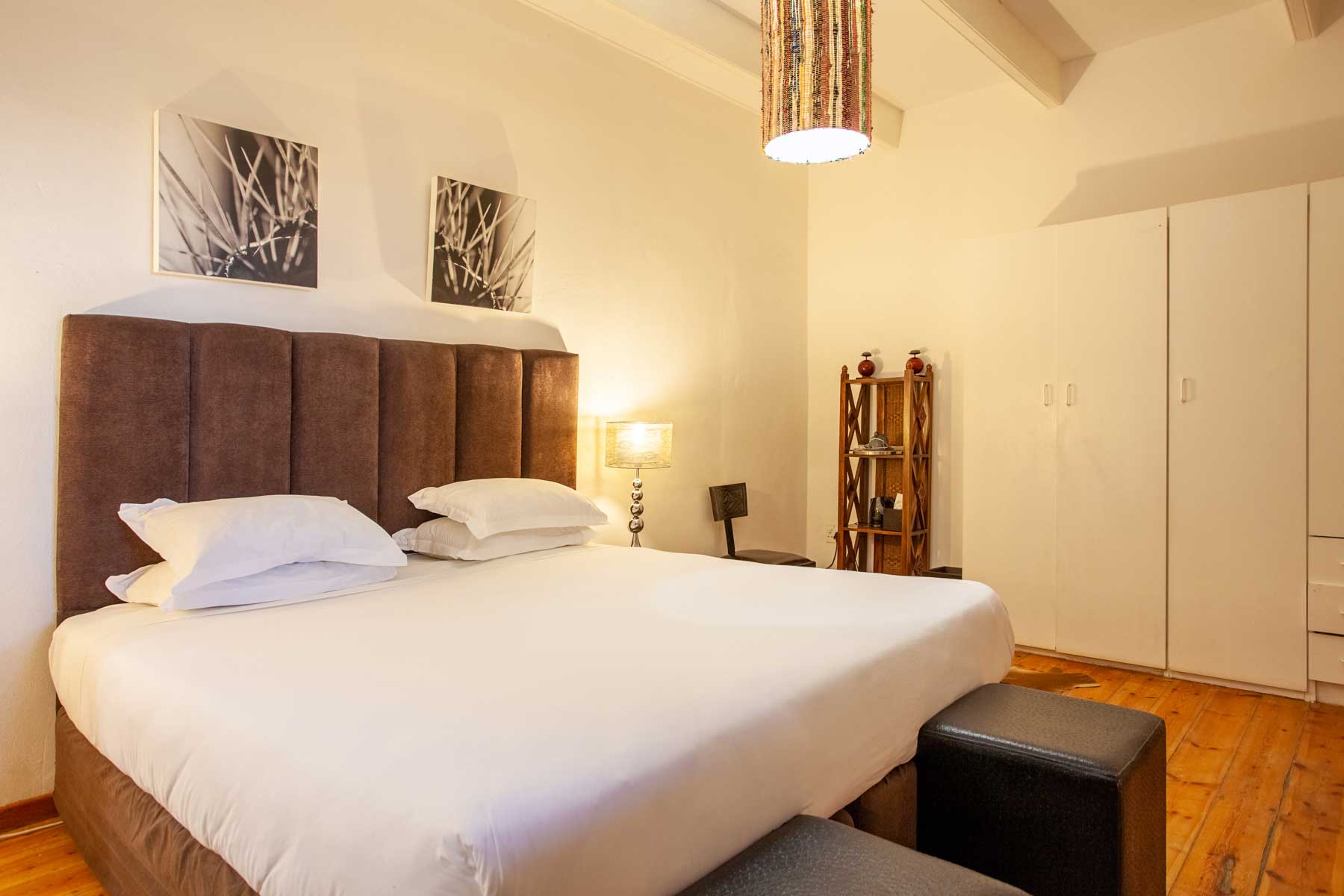 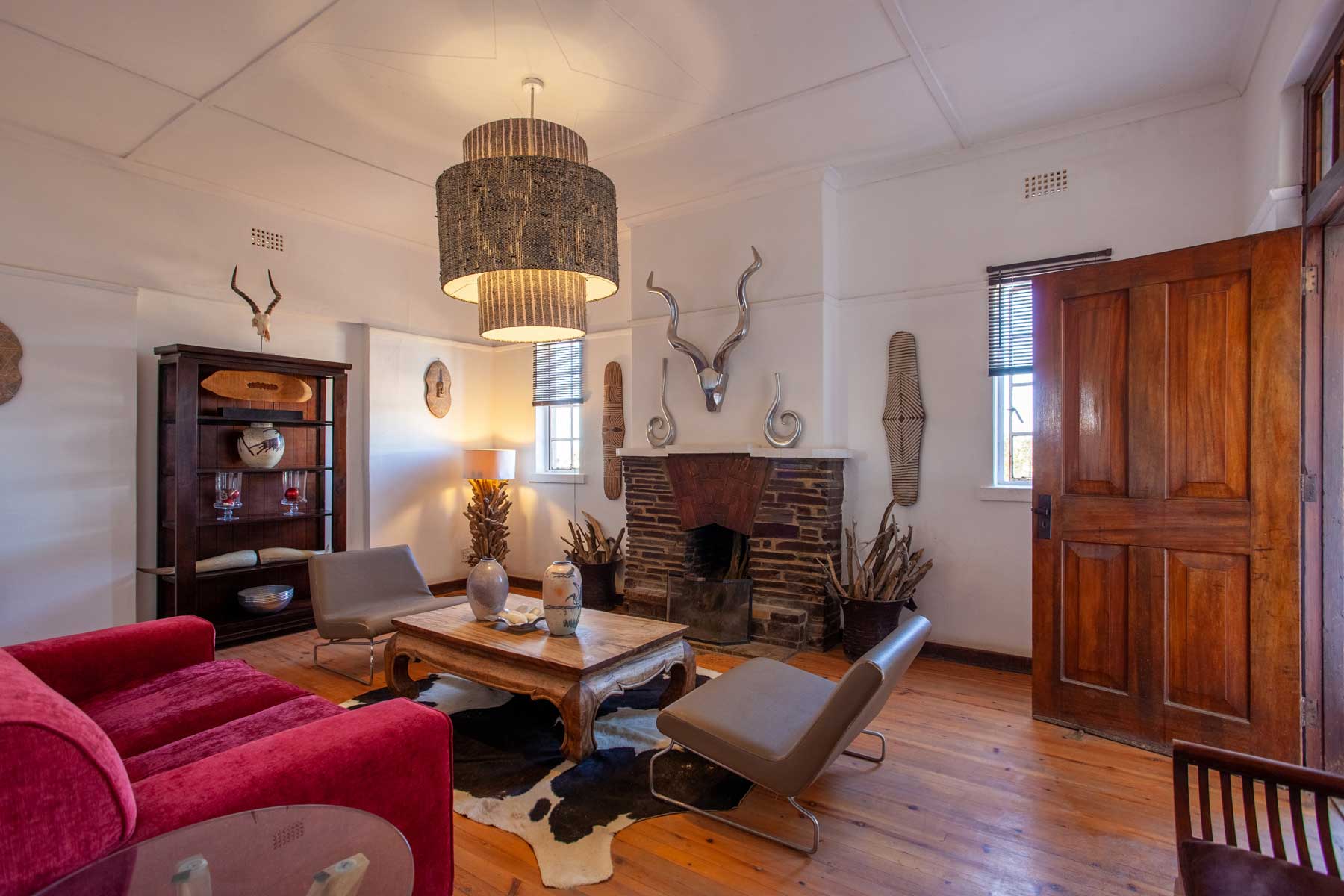 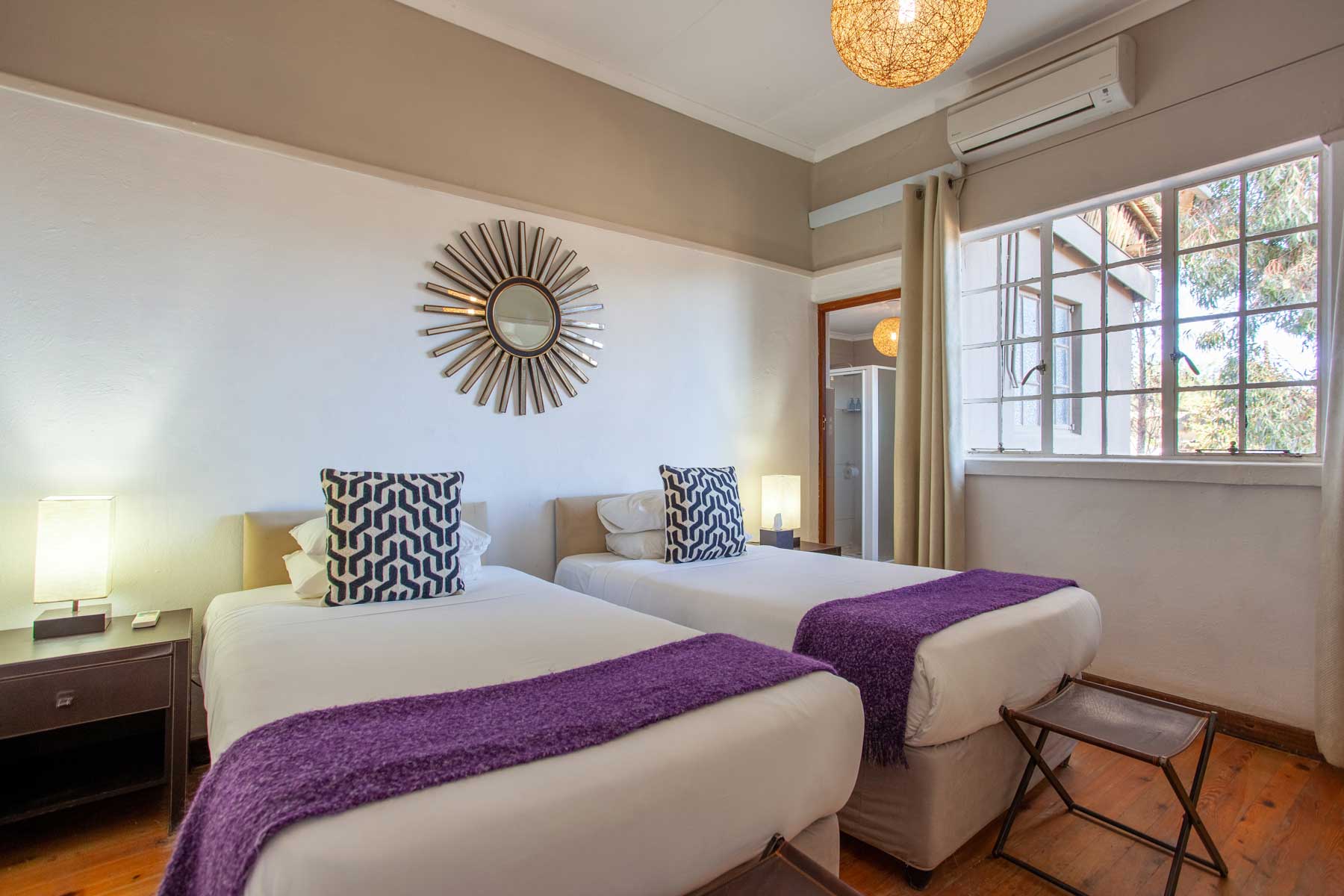 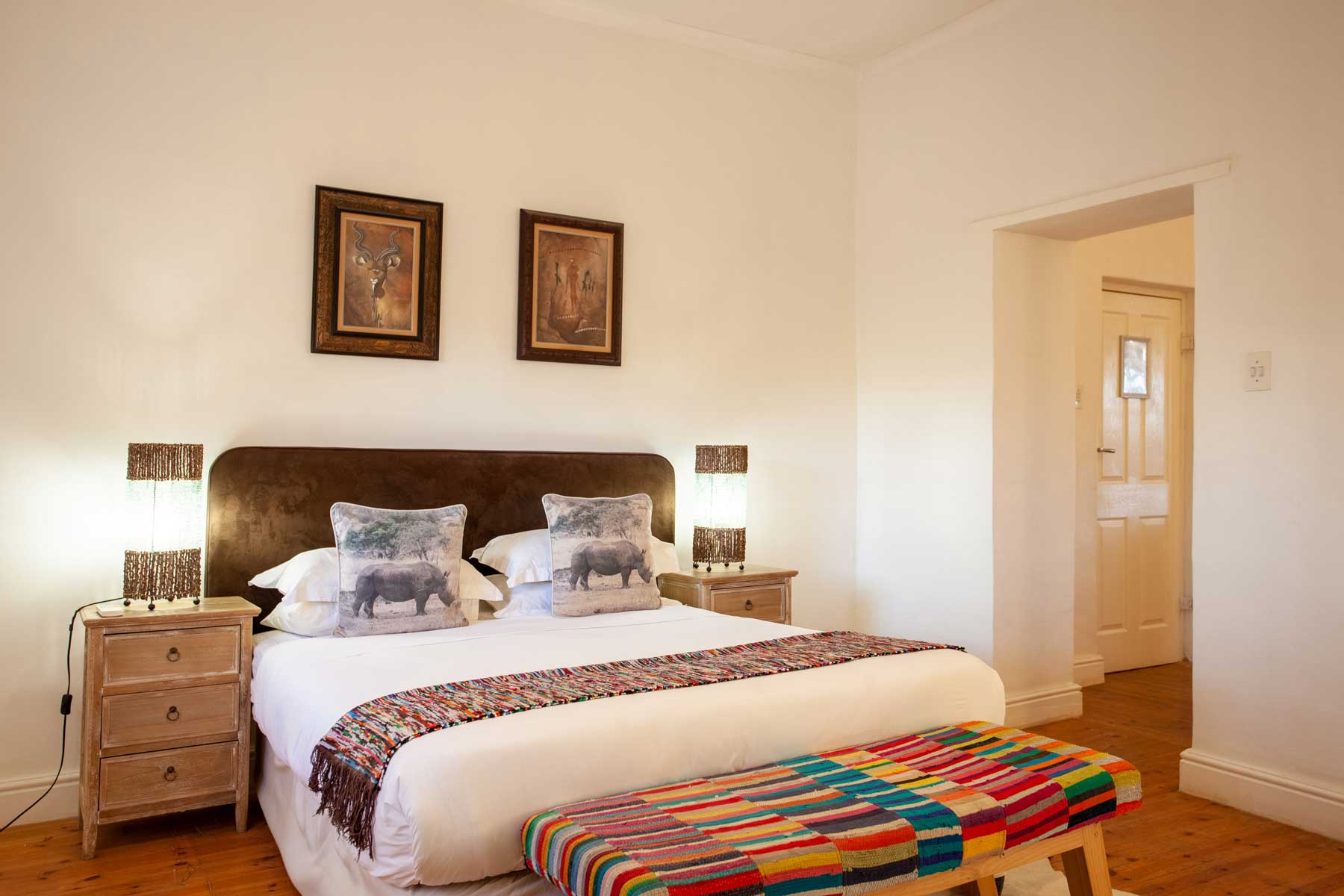 Please note that all lodge rooms have a unique and exciting layout that varies in configuration. Ideal for families / groups of travellers, and also located close to the communal pool. 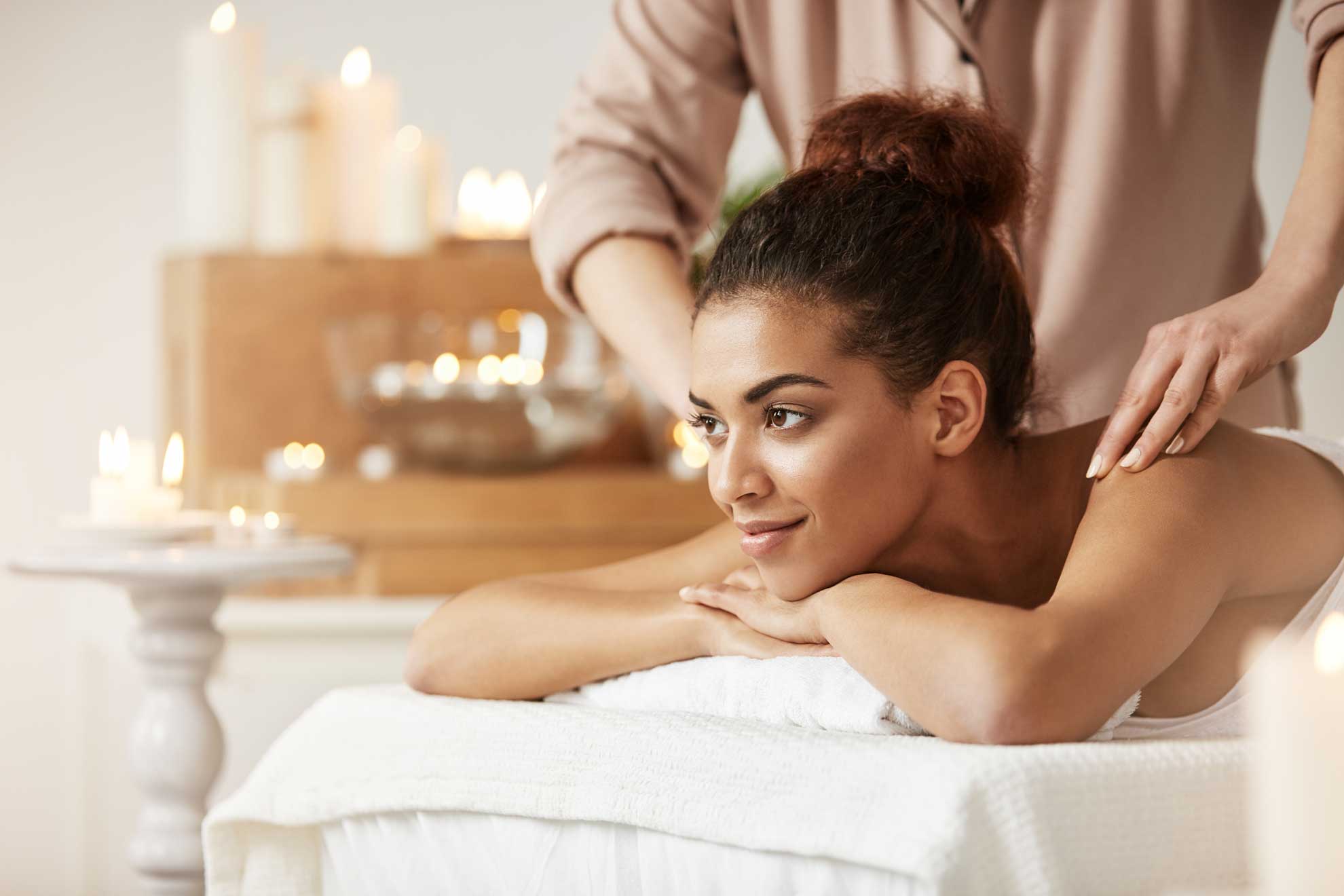 At Inverdoorn Private Game Reserve we pride ourselves on personalised service – and as part of our guest orientated safari experience, we have introduced luxurious in-room spa treatments.

This service will allow guests to add a self-indulgent spa treatment to their Inverdoorn stay – in the comfort of their room – taking the concept of room service to superior levels.

Whether you seek the soothing relaxation of a massage following a busy day of wildlife experiences; indulgent pampering to celebrate a special occasion; or want to reduce stress – our in-room treatments will definitely add a special touch to your safari stay.

Appointments and treatment schedules must please be arranged during check-in at the lodge.

This website uses cookies to improve your experience while you navigate through the website. Out of these, the cookies that are categorized as necessary are stored on your browser as they are essential for the working of basic functionalities of the website. We also use third-party cookies that help us analyze and understand how you use this website. These cookies will be stored in your browser only with your consent. You also have the option to opt-out of these cookies. But opting out of some of these cookies may affect your browsing experience.
Necessary Always Enabled
Necessary cookies are absolutely essential for the website to function properly. These cookies ensure basic functionalities and security features of the website, anonymously.
Functional
Functional cookies help to perform certain functionalities like sharing the content of the website on social media platforms, collect feedbacks, and other third-party features.
Performance
Performance cookies are used to understand and analyze the key performance indexes of the website which helps in delivering a better user experience for the visitors.
Analytics
Analytical cookies are used to understand how visitors interact with the website. These cookies help provide information on metrics the number of visitors, bounce rate, traffic source, etc.
Advertisement
Advertisement cookies are used to provide visitors with relevant ads and marketing campaigns. These cookies track visitors across websites and collect information to provide customized ads.
Others
Other uncategorized cookies are those that are being analyzed and have not been classified into a category as yet.
SAVE & ACCEPT